Steve Franco started a career as a Home Inspector in 1987, in Maryland. After a brief career in the construction industry as a General Contractor, he became acquainted with the Home Inspection industry through a Realtor friend who encouraged him to apply his knowledge of residential construction and remodeling, as a Home Inspector. Steve attended the Professional Home Inspector School (Home Pro) in Maclean, VA and then launched his career as a home inspector in the MD-Northern VA-Washington, DC housing markets. It proved to be a good fit and Steve inspected about 1500 homes in a three year period. Steve relocated to Jacksonville, Florida in 1991. His Home Inspection career path took and slight detour when he became an area manager for the HUD contractor located in Manchester, NH. Inspections of HUD foreclosures became his main course and to the tune of about 40 homes inspected per month. The duties expanded to other states, where Steve was sent to establish other offices for the NH company, often inspecting several hundred foreclosures until management of the office was established. In 1996 Steve's career swung back to the Home Inspection industry, and in 2004, he partnered with Tamer Kekec to form Elite Inspectors, LLC. Steve has been a certified member of the American Society of Home Inspectors (ASHI) since 1996, and is now a certified member of Inter-NACHi and working on qualifying as a Master Inspector. Steve is also a Certified Pest Operator-Termite in the State of Florida, certified in Infra Red imaging and mold screening and testing. Steve is married with two teenage boys.

Tamer started his career as a Home Inspector in 2001, in Jacksonville, Florida. He is a native of Turkey and has a degree in Electrical Engineering (Electronics and Telecommunication) from Istanbul Technical University. After a short career as an engineer for the Turkish government, he emigrated to the U.S. and settled in Jacksonville in 1995. He has owned and operated several businesses including restaurants, airport parking and rent-a-car facilities, and two home inspection companies. He has become a US citizen and is married with a 4 year-old daughter.

He is a Florida licensed home inspector and has performed several thousand residential and commercial inspections. He is a member of NACHI (National Association of Certified Home Inspectors) since 2005. He is also a licensed WDO inspector under DL pest services. 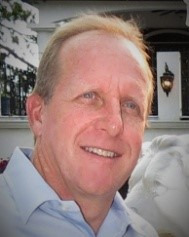 Jeff started his early career days, working in residential home and condominium construction in Pennsylvania. He later pursued a career in exercise physiology which led him to get his Master’s Degree from the University of Miami. His career has come full circle, back to his roots, with home inspections. He “shadowed” Tamer and Steve on several inspections and after experiencing their professionalism with their clients and agents, he quickly joined their team and started working with Elite Inspectors early in 2017.

He is a Florida licensed home inspector and is a member of NACHI (National Association of Certified Home Inspectors). He is also a licensed WDO inspector under DL pest services and certified to do Wind Mitigation. Jeff is married to Lisa for 25 years and has 3 God-fearing active young adults and an awesome Westie; Macon.